Your experience on this site will be improved by allowing cookies.
MENÜ

Awarded INNOV’SPACE 2020: INEDIA, an innovative approach to the management of mycotoxins

Specialized in the manufacture of 100% natural solutions for animal feed and plant production, BIODEVAS LABORATOIRES has been awarded an Innov’Space 2020 for INEDIA, a unique innovative binderless approach for the management of mycotoxins. 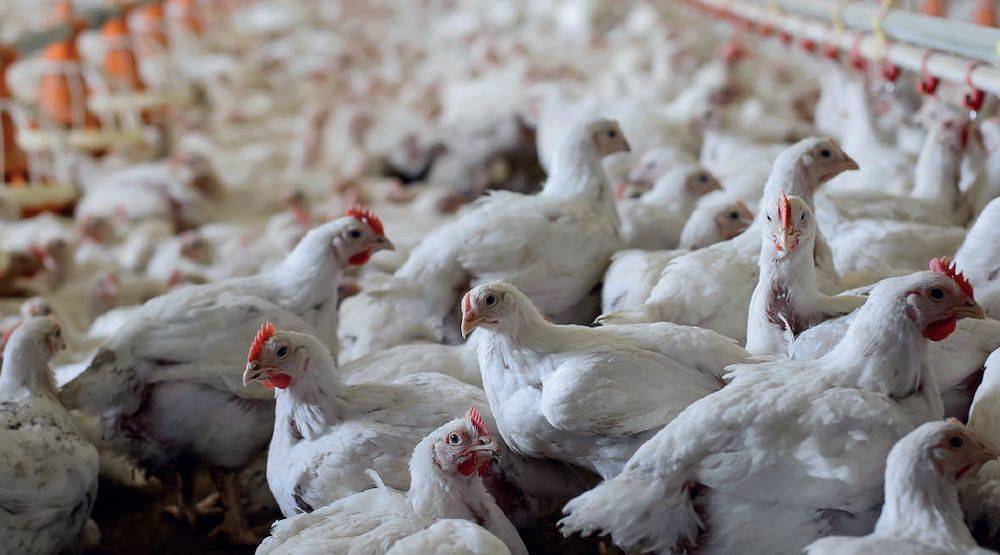 Innov’Space label has been the benchmark for agricultural innovation for 25 years. Out of 70 applications, the jury awarded this year 26 new products, including three in the «feed» category.

‘It’s the innovative approach of INEDIA, a 100% phytogenic additive, which seduced the jury of Innov’Space’, explains Dr Gaëtan Vetea Plichart, DVM and Technical manager for Animals of BIODEVAS LABORATOIRES who adds: ‘Mycotoxins and feed contaminants are a growing major issue and out of more than 300 mycotoxins identified, more than 30 are toxic. Unlike the conventional approach of capturing the contaminants, INEDIA raises the tolerance thresholds of animals to them by stimulating the degradation metabolism of xenobiotics (foreign molecules to the body which may be polluting or toxic). Through this innovative approach, INEDIA is neither specific to a contaminant nor to a mycotoxin, so it answers to a reality on the farms: the polycontamination of feed.’

INEDIA is a phytogenic additive fully assimilated by the organism while meeting animal welfare criteria. It helps maintain zootechnical performance in the presence of mycotoxins thanks to a synergy of three actions:

HOW TO USE INEDIA AND FOR WHICH ANIMAL SPECIES?

Usable in organic farming, INEDIA is effective from 250 g / MT complete feed. It is a new competitive solution in terms of efficiency and cost. It can be used for pig, poultry and ruminant species in different situations: doubtful or contaminated raw materials, feed produced on the farm, and in use alone or in addition to mycotoxin binders’, says Dr Plichart. 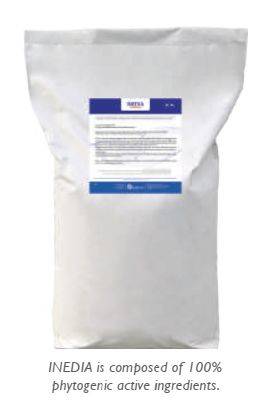 A trial carried out in early 2020 in a Brazilian reference experimental station has measured the effectiveness of INEDIA in the management of mycotoxins present in poultry feed by comparing its effects with those of a world-reference binder of the market based on clay and phytogenic substances. INEDIA, incorporated at 0.025% in feed contaminated with 1.0 ppm of aflatoxins + 50.0 ppm of fumonisins + 40.0 ppm of DON allowed:

‘Although the Brazilian INEDIA trial was carried out on poultry, the product is already being sold in Swine as well. Some additional trials are planned to be carried out in Europe as well’ concludes Dr Plichart who summarizes the triple effect of INEDIA on farm animals:

Based near Le Mans (Pays de Loire region), BIODEVAS LABORATOIRES has been created in 2005 by Jean-Louis Blua, pharmacist, and his son François Blua, current CEO of the company. Its original approach is to maintain the animal in good health using the anabiotic pathway, through indirect regulation of biochemical functions like the stimulation of the endogenous mechanisms of the cell. 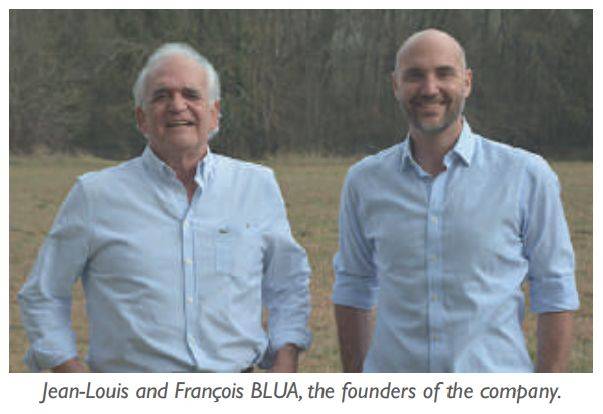 If we activate the primary antioxidants before the appearance of cell damage, we manage to maintain or even restore the physiological activity of this cell to prevent the onset of disease : it’s what we call anabiosis.

In addition to control its sourcing in raw materials (around 120 plants from organic farming and mainly from Europe) to produce phytogenic complexes, BIODEVAS LABORATOIRES has a team of 36 business experts (pharmacist, agricultural engineers, veterinarian, technicians, etc.), giving the company the advantage of controlling 100% of its industrial process.

‘Everything comes from the field,’ adds Gaëtan Plichart, who runs a R&D pool of around fifteen farms where innovations are tested.

‘Our customers are feed or premix manufacturers and we support them with training and services (technical and marketing)’, adds François Blua.

Export is a growing strategic axis of BIODEVAS LABORATOIRES. Started in 2008 with products from its plant division (mainly in Poland, then in Hungary and Morocco), exports then extended to products from the animal division (with exports to many European countries, particularly Germany and The Netherlands). In 2019, exports started to develop in the USA and Asia for animal products and an American subsidiary called Biodevas Corp was created.

INNOVATIONS FOR PIGS, POULTRY AND RUMINANTS

Besides INEDIA, several other innovations have been recently launched for farm animals by BIODEVAS LABORATOIRES, most of the time combining two levers: the management of oxidative stress and the stimulation of immune defenses. 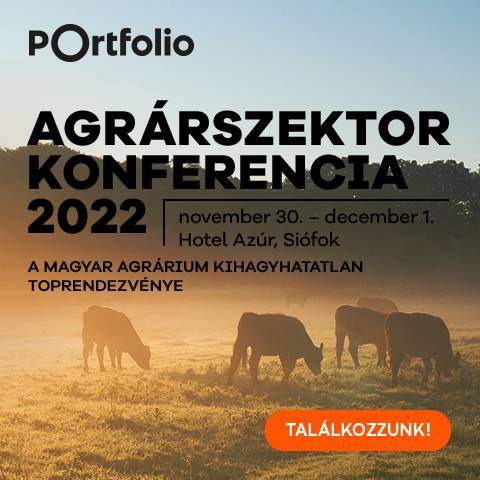