The Mitas-sponsored tractor-pulling ETPC Eurocup season is in full swing. During its third race on 7 June in Bernay, France, Mitas has shown the prototype of its tractor-pulling tyre with the characteristic name Powerpull. Also, the Mitas All Or Nothing tractor-pulling team, sponsored by Mitas, met with success when its driver, Bram Kools, won the race.

“The tests results of the Powerpull tyre prototype are on the right track. We aim to introduce this special tractor-pulling tyre so it will be available for racing teams in the next ETPC Eurocup season,” said Pavel Kott, Mitas´ agricultural tyres product manager. 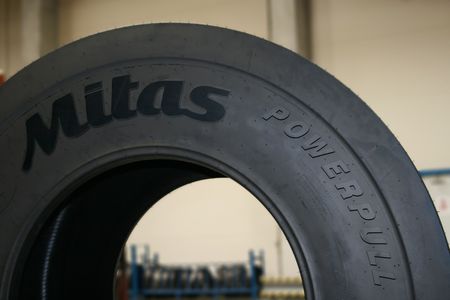 Mitas as the official partner of European Tractor Pulling Committee (ETPC) is taking part on each race. But in Bernay, France, Mitas gave its presence in tractor-pulling new dimension. In the world premiere it has shown the Powerpull a prototype of new tractor-pulling tyre. Racing teams and visitors could see for the first time special tyre which is currently tested before it will be released to the market later this year.

This year’s first ETPC Eurocup race took place on 16 May in Lidköping, Sweden. In Superstock class Mitas´ sponsored team Mitas All Or Nothing won a great success when finishing on a second place. Mitas All Or Nothing repeated the success also in the race in Bernay, France on 7 June when finishing in first place. Next race within ETPC Eurocup will be on 21 and 22 June in Made, Netherland. 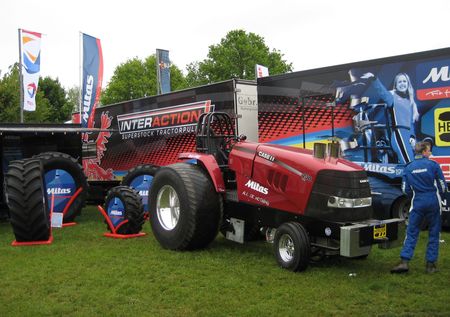