The work in pig houses is varied, time-consuming and demanding. During the daily animal control, numerous factors must be paid attention to and rated simultaneously – also in order to identify potential illnesses in a timely manner. Important indicators to assess animal health are, for example, water and feed consumption. Based on the consumed amounts, the house staff can recognize early on whether an animal is sick. 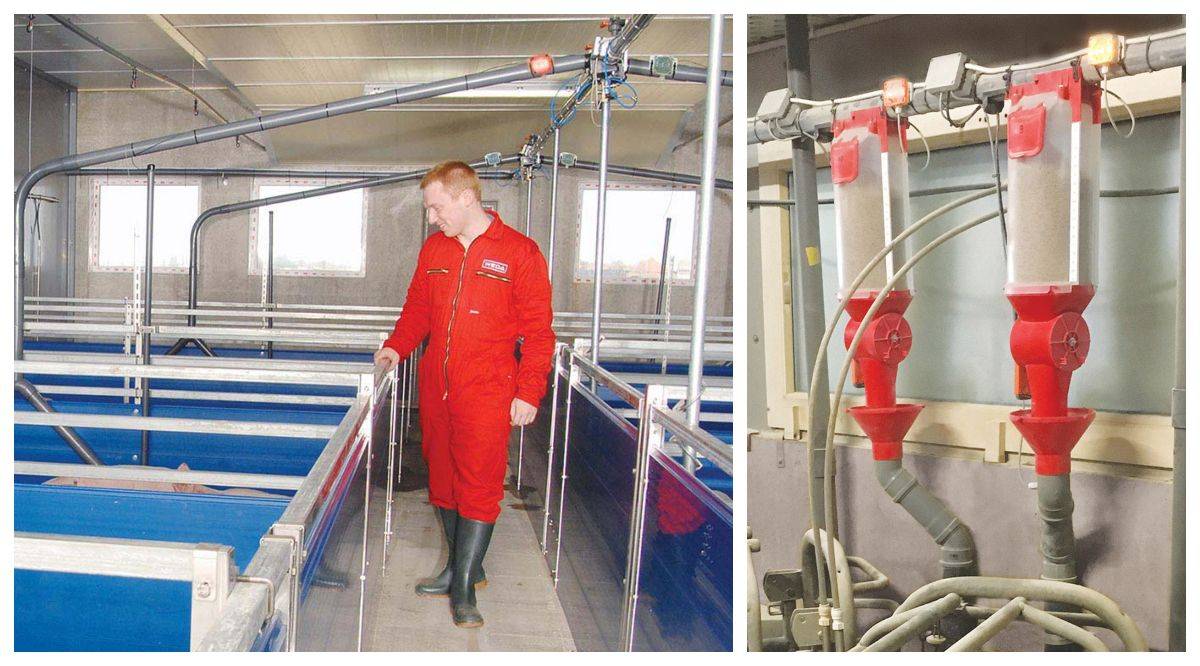 Feed intake status at a glance

To render animal control easy and efficient for the house staff, the Lower Saxony animal house outfitter WEDA Dammann & Westerkamp has developed a new solution with the Smart.Light. With the help of this innovation, the status of feed intake of the individual animals or pens is indicated directly at each valve in the house.

The Smart.Light significantly eases and speeds up animal control in the compartment. Due to the LED lamp, which is clearly visible from a distance and displays different colors, animals with a deviating feeding behavior can be identified immediately. This way, the daily animal control gets optimized and animals that have fallen ill can be treated significantly sooner than in the past.

The functional principle is simple and universally comprehensible: The Smart.Light consists of an LED lamp that displays messages in the house directly by the animal or in the pen. For instance, if the pigs have consumed their feed quantity according to the feed curve, the lamp is off. If only approx. 80 percent of the typical feed quantity was consumed, the Smart.Light turns yellow. In this case, the animals can be checked and the trough or sensor can be cleaned as necessary. If the feed quantity consumed is below 80 percent of the feed curve, the Smart.Light turns red. The house staff can then act immediately.

The Smart.Light is controlled by the proven WEDA feeding software Excellent 4PX. On a dedicated page in the program, the feeding data is recorded and evaluated over the course of several days. Users can specify which color is displayed starting when. The Smart.Light can be installed next to the feed valve on a WEDA liquid feeding system, next to the valve on a Nutrix suckling piglet feeding system or next to the OptiMum doser. Existing installations can be retrofitted.