The European tour of Monster Jam is back on the scene 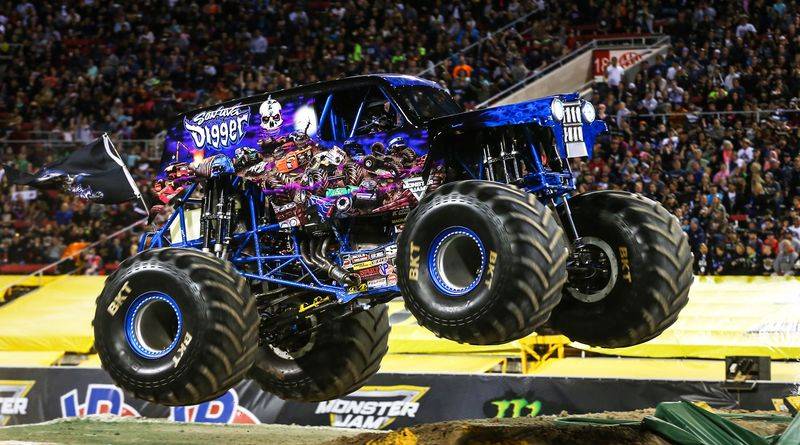 Five new stops for the international show ready to bring energy and fun to Frankfurt, Cardiff, Lyon, Rotterdam and Oslo. BKT has been the official and exclusive technical sponsor of the tires for the event since 2013.

Wet, snowy or icy terrains. Winter is on its way, and BKT presents the best-performing tires to master it thanks to top traction, riding comfort, resistance, and durability.

As one of the leading manufacturers in the Off-Highway tire sector,BKT offers products that are tailored to the demanding specialist sectors such as agricultural, construction and industrial machineryas well as earthmoving, port, mining, ATV and lawn & garden applications.

Today Vredestein announced the end-result of years of extensive research into the particular needs of tractor manufacturers and end users. The Traxion Optimall, the next generation premium VF (Very high Flexion) tyre for the top tractor segment, is without equal in terms of traction, fuel efficiency and productivity and will substantially reduce the total cost of ownership. Vredestein will introduce the Traxion Optimall at the Agritechnica in Hanover this month.

The new product joins the BKT tire range for quads. Great comfort both on loose surface and on tracks, extraordinary resistance and durability, increased traction and good self-cleaning properties – these are the distinguishing marks of this important addition to the range.

BKT launches new dynamic and captivating website, where tires are the stars - second to none

User friendly, emotional, interactive, detailed, enhanced fast and easy browsing. A platform for all professionals in the world of agriculture, industry, and OTR. The entire experience by BKT.

Standing heavy loads while being delicate on terrain and crops. Reducing soil compaction and increasing driving comfort. These are the distinctive features of the special BKT tires for sprayers.

BKT Equips the New Deutz-Fahr 6, 7 and 9 Series for the Launch Event in Dresden

BKT will definitely not go unnoticed at the important three-day event promoted by SDF on July 5, 6 and 7 for the launch of the new 6 and 7 tractor series by DEUTZ-FAHR. In fact, apart from being a sponsor of the event, BKT plays another key role: all new tractors on display are equipped with the best BKT tires of the Agrimax range, specifically designed for tractors and their most diverse applications. “On stage” during the event is Agrimax Force for the 9 Series, Agrimax RT 657 for the 6 and 7 Series, and finally Agrimax RT 765 for the 7 Series.

The development of the Mitas PneuTrac concept reached a new milestone with the start of field tests, which show the clear advantages of its larger footprint and better tractive force over standard but also IF agricultural tires. Thanks to positive progress in testing, Mitas has outlined its goals for further development of PneuTrac. The aim is to measure and compare characteristics of Mitas PneuTrac and rubber tracks during 2016 to clearly position PneuTrac among tyre and track solutions offered on the market. Mitas' goal is to have all data needed for a successful market launch available by the end of 2017.

MITAS a.s. (www.mitas-tyres.com) is a manufacturer of off-road tyres (agricultural, industrial, motorcycle). The history of Mitas dates to the 1930s, when tyre production started in Prague and in the Moravian city of Zlin. MITAS a.s. currently operates three tyre plants in the Czech Republic, one in Serbia and one in Charles City, Iowa. MITAS a.s. also has an extensive international sales and distribution network operating in 14 countries, including the United States and Mexico. The Czech-based tyre manufacturer, which has an annual turnover of €385 million (2014), is one of the top European producers of agricultural and construction equipment tyres. MITAS a.s. is a member of CGS Holding Group (www.cgs.cz).